Welcome to La Maleta de Español, the only suitcase you need for a fun vacation in Spanish from Lengualista with Teacher Arnaly. You can also listen to this blog post as a podcast available on Soundcloud, iTunes, Spotify, TuneIn and Stitcher.

Hola, ¿Cómo estás? Hello, how are you? My name is Arnaly Arriaga. In Spanish, my students call me La Teacher Arnaly. I teach English and Spanish. It all started when I was a little girl. My parents went on a Sabbatical from Venezuela to Canada and I got hooked on languages. In one year, at 12 years old, I learned French and English, some hints of Italian and Portuguese, and there was no way back. After many years, I moved back to Canada and established myself permanently. That’s what usually happens when you fall in love with a wonderful man! A wonderful Canadian, that is. I am a professional musician, composer, voice over talent in Spanish and English, sometimes even in Portuguese, and lately, life allowed me to devote myself to being something I truly enjoy, being a language teacher.

Entonces, So, here I am teaching English and Spanish, even though the only language I learned in a classroom was French. The rest of the languages, I learned by talking to people. Por supuesto, of course, it was not an easy path. Especially when you are an experimental, extroverted person like me. When I say experimental o experimental, I refer to the fact that I was always trying to figure out the rules of the language by taking words from my native español and using them in the language I was learning. Many, many times it worked, YAY!! But many times it didn’t, especially with the English language.  For example, chocolate (in Spanish and English is written the same way). That was easy!

Chocolate is an easy word to guess, but it was not always so easy. As in maleta and suitcase. They couldn’t be more different. Even worse, some similar words mean something completely different, like embarrassed. If you see a similar word in Spanish, embarazada, it means you’re pregnant, may be a little embarrassed about being pregnant depending on your circumstances, but definitely not the same. With French and Portuguese, it was a walk in the park as the three languages share the same Latin roots. But in the case of el idioma inglés, or the English language, everything was backwards, reading was quite hard and pronunciations, well, let’s say I had to retrain my mouth and still I never lost my accent. However, my husband doesn’t want me to lose it anyway. You know, accents are exotic, exotic is good.

So, enough talking about me. The idea of this blog is to help you, the avid traveler who loves to go to the Caribbean, Latin America or Spain, to confidently go without the fear of not being able to ask for a pillow or tell the time when somebody asks you. You’re always going to look like a tourist, so now there is the possibility of being a spy and understand what people say when they think you don’t speak Spanish. How about that!! 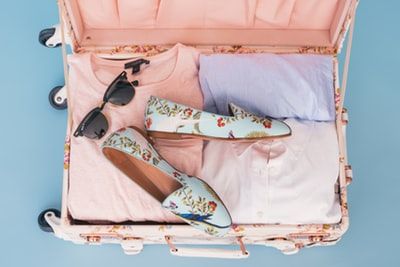 If there is a saying that rings true in many languages is the one that says: The grass is always greener on the other side, because it is true. No matter on what side of the fence you are (speaking figuratively, of course), things are always better somewhere else, or at least it always seems that way. However, when talking about languages, it is the complete opposite. Any language other than our native one, is much more difficult, is backwards, is not written correctly, is very hard to pronounce, has too many accents, and the list goes on and on. Such is the case between English and Spanish. We all say the other one is written backwards; the verbs are difficult, and the pronunciation is worse. Is it true? hmmmm… yes and no. I used to proudly say that Spanish was much more complicated than English because in English you could name many things with one word, as opposed to Spanish, where you can name one thing with many words. Such is the case as the name of our new blog, La maleta. Before deciding to give the blog such a name, we had to make sure that la maleta was a universal name in most Spanish speaking countries to name a suitcase. Despite the fact there are 21 countries in the world where Spanish is spoken as a native language, and in many other countries Spanish is spoken by a minority, the Spanish from Spain, is not the same as the one in Peru, or the one in Argentina, the one in the USA, or the one in Equatorial Guinea. Therefore, we would love to show you the rest of the words that mean “suitcase”.

Here are the most common ways to say “suitcase” in Spanish so you can travel confidently:

Of course, our first one is: 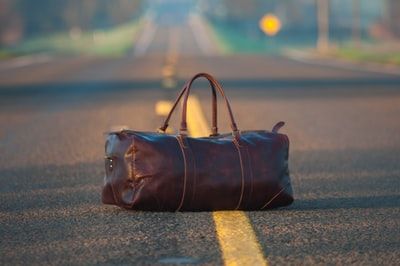 La Maleta: As you all know, one big difference between English and Spanish is that things in Spanish have a gender, as opposed to English where anything that is not a person is supposed to be called “it”. (I’m always fighting because a lot of times cars, dogs, or many “items” are incorrectly called her, or she in English) So, in this case, la maleta belongs to the feminine gender as it ends with the letter “a”. “Ah” in Spanish. You can call your suitcases, maletas (in plural), or if you only have one, as it is becoming more and more common thanks to greedy airlines, la maleta, in singular. Any Spanish native will understand La Maleta. However, some people in some countries might answer their version of it as: las petacas?

La Petaca in singular or Las Petacas in plural refers to suitcases as well. This name is mainly used in certain regions of Mexico. You will mostly recognize a Mexican accent because they seem to be asking a question whenever they finish a sentence. They also use Petacas to talk about butts. So, pay close attention to how they say it. Another word used by the Mexicans for suitcase is Equipaje.

El equipaje: This word has no plural as it is mostly referring to luggage. As in English, you say one piece or two pieces of luggage, in Spanish we say: Una o dos piezas de equipaje.

La valija o las valijas: This one comes from the motherland. Please know that whenever I speak about the motherland, I am referring to Spain, as we are talking about the Spanish language. With that out of the way, the term La valija is kind of old fashion but it is  commonly used in Argentina.

La bolsa o las bolsas: This is not exactly a suitcase, it literally means “bag” but, as in English, it is also used for suitcases.

El bolso o los bolsos: Again, this word literally means bag, but a big one, more like a duffel bag. It could also be a back pack, which is not as big, or a woman’s purse, even smaller but generally it means a big bag. In fact, the main characteristic of bolso is that you can hang it over your shoulder.

Other words that are commonly used for or related to luggage or suitcases are:

Equipaje de mano: So, try to figure this one out, mano means hand and equipaje means luggage. What do we get? Carry-on luggage.

Equipaje extraviado o perdido: This is the one that you don’t want to hear: lost luggage. You have to pray that you don’t need to use this one, be it in the Caribbean or anywhere else in the world.

La Mochila o El morral: Both words refer to Backpack. Mochila is mostly used in Mexico and morral is used further down in Central America and the Caribbean.

So, which one was your favorite? I am originally from Venezuela and have always used La Maleta but have always heard other ones in movies or while traveling. As I was saying before, I always thought that Spanish was much more complex than English because of the amount of words you could use to define one specific object. However, as soon as I realized how hard it was to learn pronunciation rules of the English language, I changed my mind. I hope you too realize Spanish is much easier than English. 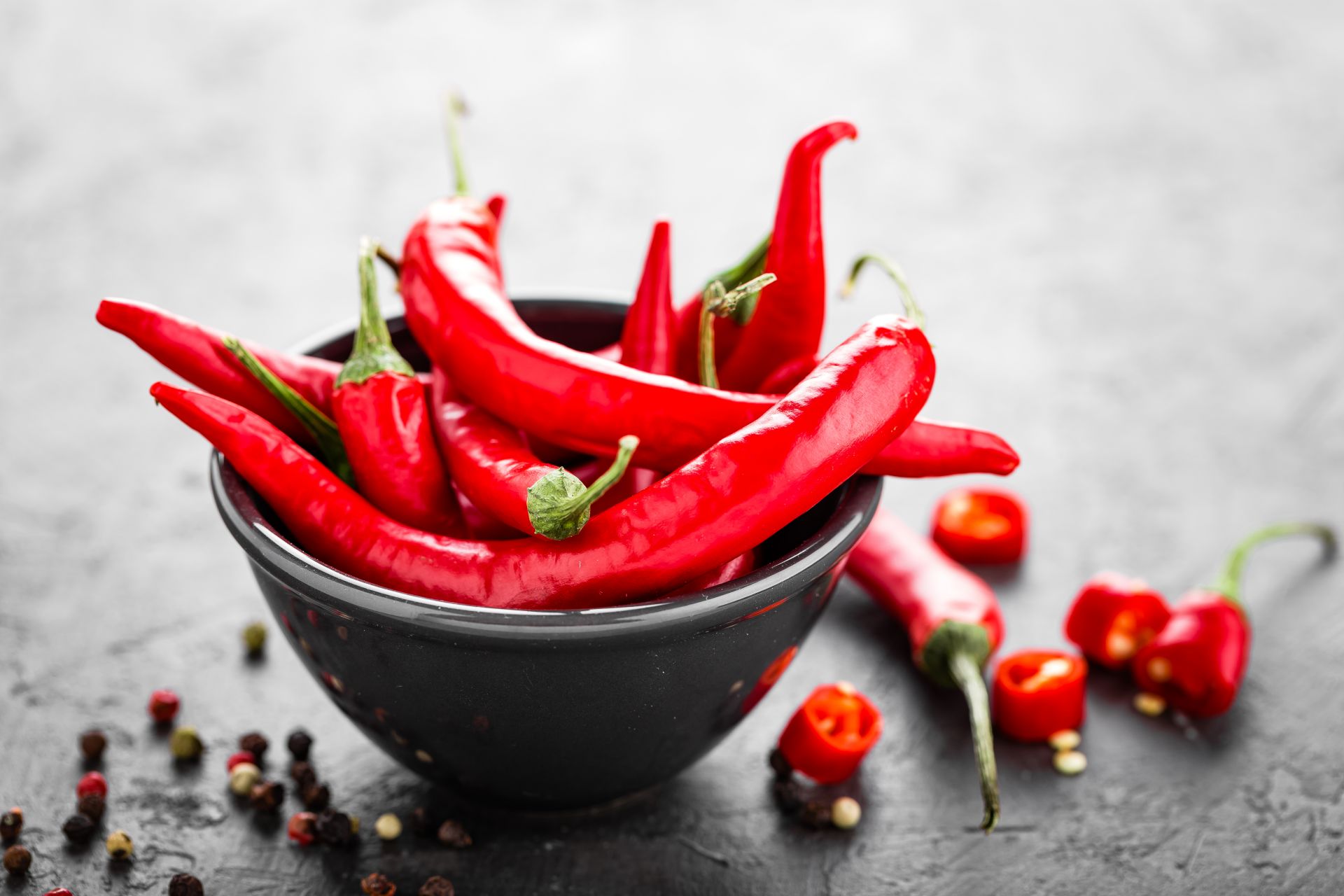 Every language has its beauties and intricacies. Learning a language is a continually long process that starts one day but never ends, even for the natives of that language. Ask most people if they liked to learn grammar at school and they will give you an ugly face, if not something else. Here at Lengualista, we see things differently, we look at language learning as an intuitive process. We want to wake up your curious mind and let you have fun in the process. Come to Lengualista and learn Spanish the fun way. If you haven't done it, subscribe below to this blog and open the doors of your life to the Spanish language.

This is all for today but expect more. This is La Maleta de Español, the only suitcase you need for a fun vacation in Spanish with your host, Teacher Arnaly from Lengualista. See you next time!

We are an online educational platform for learning Spanish easy and fun. We teach children and adults.